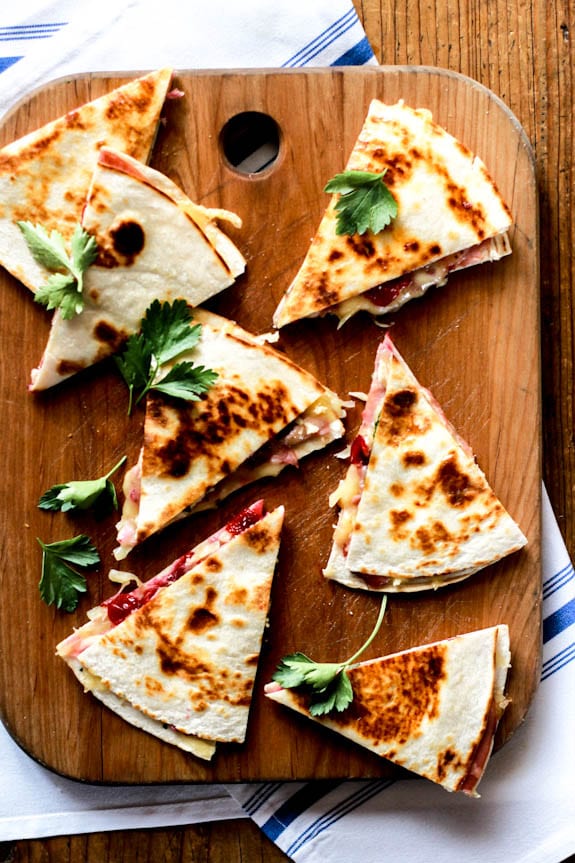 Two years ago, we hosted Thanksgiving and the unthinkable happened…

We had no leftovers.

It was like a panic attack and a bad dream all in one! I remember opening up the fridge, and all I could see was a ridiculous amount of cranberry sauce (I make way too much) and maybe a spoon’s worth of mashed potatoes (who saved that again?!) But then I saw it- a turkey carcass hiding under a tent of foil and some leftover chunks of brie from the cheese plate.

A quesadilla was in order. 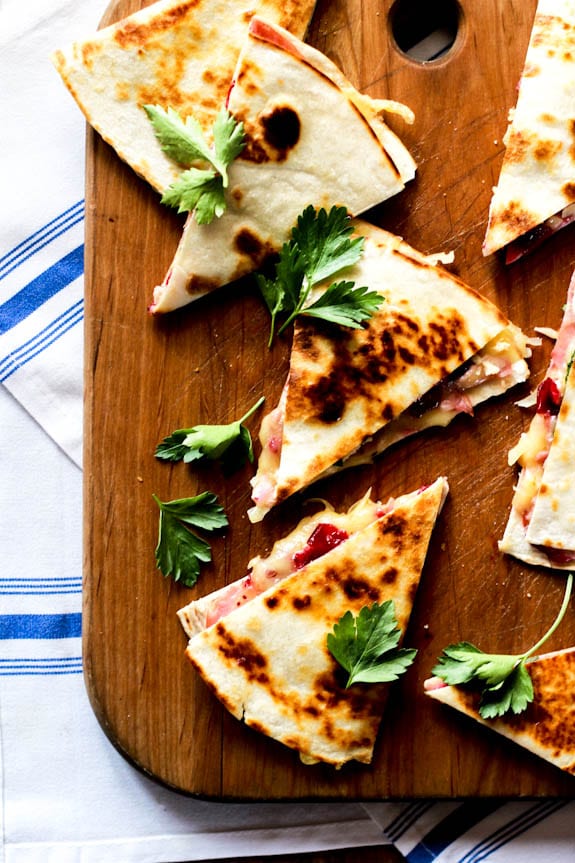 My husband is the king of quesadillas by the way. I discovered this hidden talent when we worked together in the restaurant. They were so darn good. They always had the perfect amount of filling, and the tortillas were always golden and crisp. According to him, you need to have ‘glue’ on both sides and the crust needs to be browned in oil. I happen to make mine in a non-stick skillet without oil (it’s a clean up thing) but I like them both ways.

I’ve made these quesadillas a couple years in a row now, and I’m always pleased with how you can stretch out the leftovers. And if you like ham, don’t skimp out-  it adds a nice salty flavor to the otherwise ‘subtle’ tasting turkey. And brie? I don’t even have to sell you on that. Happy Thanksgiving everyone! 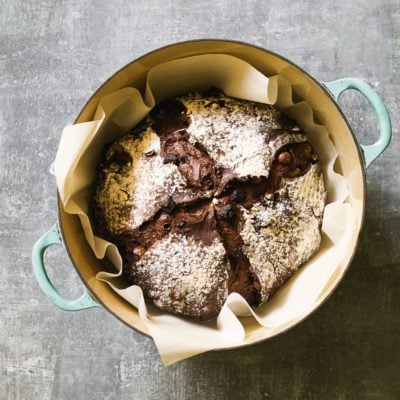 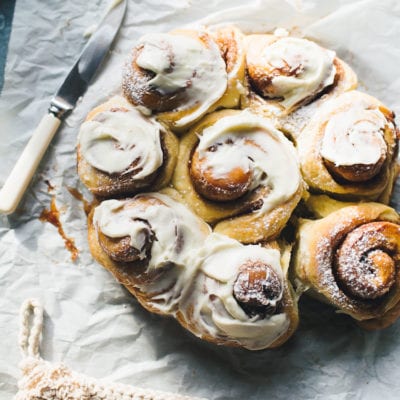 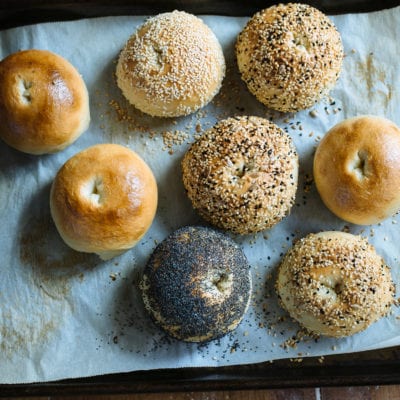